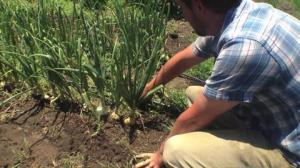 Farm-to-table means consuming food from local sources. Evan McCommon manages Mahaffey Farms, in Princeton, La. and would like to be a part of the growing movement in Shreveport. Photo by Devin White/The Times.

Imagine dining at a Shreveport restaurant and knowing the source of every ingredient on the plate, the names of the people who grew it and how many days ago it was in the ground.

That’s the mission of Jason Brady, owner of Wine Country Bistro in Shreveport. He and other supporters of locally sourced food are determined to bring the “farm-to-table” movement to the area one meal at a time.

“Local means better for us. We’re getting a fresher product, a better product, but it’s also about giving back to the community that we depend on for survival,” he said.

“Farm to table” is a nationwide movement concerned with producing food locally and getting that food to the local consumer. Restaurants in other cities are applying this practice with menus that disclose the names of the local farms that raised the product.

But the concept is slow to reach area tables because of problems with supply and demand and lack of community awareness about the benefits of using local product.

Workers pull weeds at Mahaffey Farms in Princeton in one of the fields with crops that they sell to local businesses and at area farmers markets. JIm Hudelson/The Times

“I think if there’s a large enough demand, farmers figure out how to get to the restaurants,” Brady said. “Unfortunately, there hasn’t been that demand, so the farmers try to sell everything at the farmers market. They make more money that way. So that’s where we come in is trying to get other restaurants to join us.”

The nonprofit organization Shreveport Green is gearing up to raise awareness for the cause with their event “FEAST!” on June 13. The event will spotlight local produce prepared by local chefs in a multicourse meal. The menu will be determined based on what food is available and in season that week.

“We know that when you transport vegetables more than so many miles, they begin to lose nutritional value, and so if we grow them locally, we get more nutritious food,” said Donna Curtis, executive director of Shreveport Green. “That’s why it’s so important that we build up our regional production, particularly of fresh vegetables.”

Curtis would like to see more farmers in the area and is in the process of forming a farmers’ coalition to help with educating and training future farmers. 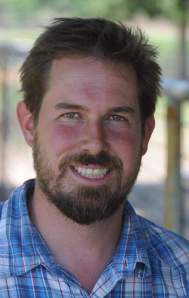 Evan McCommon manages Mahaffey Farms in Princeton. The farm has been in his family for generations, but in the last two years, the farm shifted its focus from timber to fruits and vegetables and now pastured pork and chicken. McCommon provided fresh produce, such as tomatoes and onions, to Wine Country last year, but he said his farm was not yet large enough to accommodate restauranteurs demand. He has since expanded his farm and believes he has enough supply to meet their need, but he faces another problem with distribution.

“I think I’m the right size, but adding the workload of having to organize the actual distribution, that is literally a second business,” he said. “I think it’s my job and responsibility to get used to and learn what it takes to provide the chefs with what they need.”

Denyse Cummins, horticulturalist with the LSU AgCenter, said the center recently conducted a local produce market survey of local restaurants to find out if they were interested in purchasing locally grown items. The results showed that restaurants are interested as long as they can receive the products near wholesale prices. She said one way sourcing of local food can be improved would be the use of foragers.

“A forager can find good local produce, meats, seafood and dairy products for restaurants,” Cummins said. “The forager frees up the chef for the creative aspects of a fine meal by searching out and procuring local fresh ingredients and facilitating their delivery.”

Executive Chef of Wine Country Bistro Kevin Bourg makes food using 25 percent local ingredients but would like to see the number increase as part of the ‘farm-to-table’ movement that has become popular in recent years. Henrietta Wildsmith/The Times

Brady credits the Shreveport Farmers Market as being a strong influence in opening the public’s eyes to the importance of eating local food. During the market’s run, Brady is there every Saturday and Tuesday stocking up on fresh produce and networking with farmers.

He said 25 percent of the ingredients used in their restaurant come from regional sources, but he would like to see this number increase to at least 50 percent. Some of the food from local sources include fresh peaches from Ruston, morel mushrooms from a local farmer and onions from the Lynn Family Plantation. He also buys regularly from the Valencia community garden on Viking Drive in Shreveport.

“Our collard greens on our menu, I would say probably about seven or eight months of the year are supplied from Valencia gardens,” Brady said. “And collard greens wouldn’t be something that most people would think of as a staple item on our restaurants menu, but we go through quite a bit of them.”

Rick Rose, owner of Twine in Shreveport, also purchases produce from Valencia and the farmers market. He said almost all of this produce comes from local sources, but it becomes more difficult in the winter.

“It’s always like which comes first the chicken or the egg? That’s the challenge,” Rose said. “I think the more we as restaurants say this is what we want to do, more people are stepping up to the plate.”

Noma Fowler-Sandlin, manager of the Shreveport Farmers Market said supply has improved and that the community now has a voracious appetite for local meat products.

“It’s a ‘hot ticket’ item. This year, we have more meat vendors, selling everything from goat and lamb, to quail, to beef, chicken, pork, shrimp and maybe even alligator,” she said. “We used to run out of eggs, but we have more egg sellers scheduled this year than ever before. Hopefully, farmers and ranchers will see that the demand exists here and work to fill it.”

And as to the benefits of eating local food, well, they’re endless, Fowler-Sandlin said.

“We as a planet are at a risk of losing countless varieties of seeds simply because people have stopped growing them. Small farmers and gardeners are saving them from extinction by using them,” she said. “Economically, we are keeping our money in our community. And socially, we are becoming a closer community by knowing who grew our food, and likewise, who buys it.”